Bought a waffle maker and I've been looking for a recipe that the family likes.  I think found it.  It's definitely a keeper!

Taken from Taste of Home, I halved the recipe and it yielded 3 waffles with some batter left behind.  Could have been 4 if I didn't over-fill the pan for the first one.

1.  Melt butter and leave to cool.
2.  Mix flour, sugar and baking powder.
3.  Lightly beat egg yolk, add in milk, vanilla and the cooled butter.
4.  Mix the liquids into the flour and mix well, getting rid of the lumps.
5.  Beat the egg whites still stiff.
6.  Fold egg whites into the batter.
7.  Let the batter stand for a while before making your waffles. 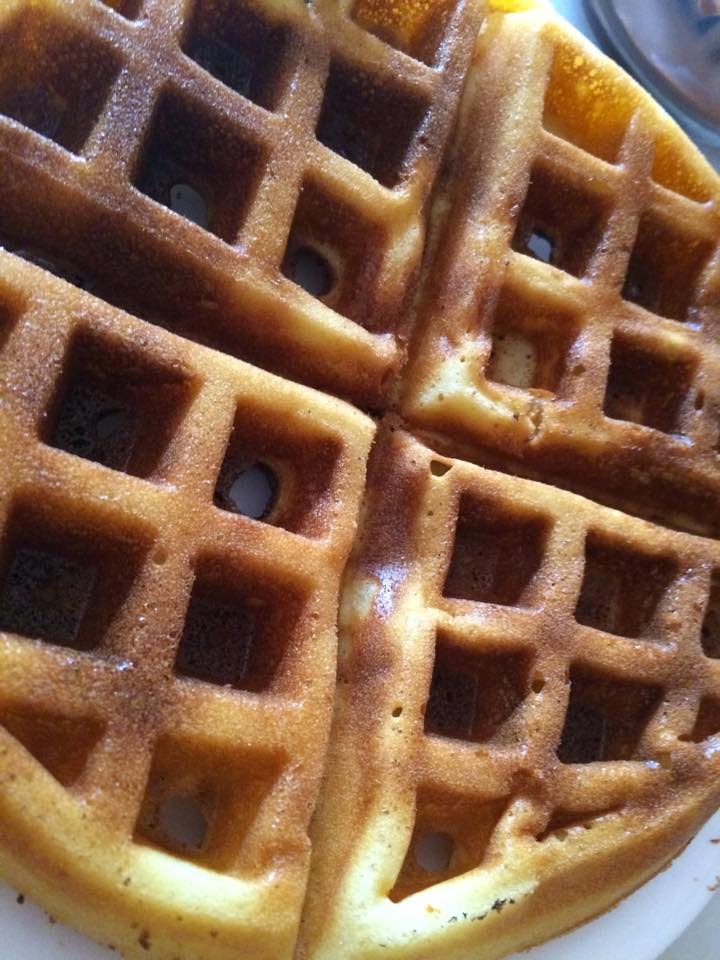